Harry Potter and the Sorcerer's Stone
Forecast for November 16-18, 2001 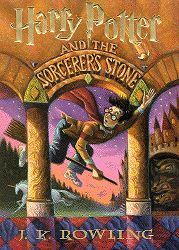 There's little doubt that records will broken this weekend as Harry Potter and The Sorcerer's Stone opens nationwide on 3,672 screens, an all time record for opening weekend venue counts. The only real question left is by how much will the Chris Columbus helmed film eclipse The Lost World's three-day weekend record? Working on a few assumptions, we can approach estimating Potter's take through different methods.

First, it is important to throw out any notion or argument regarding the run time of the film. Not only did Pearl Harbor prove that run time has little effect on a movie's potential first weekend revenue, it also did not receive the astronomical print count, 8,000+, that the little wizard has. This will ensure that any negative effect that run time might have is lessened.

One thing that is always forgotten about movie releases is that exhibitors are in the business of making money and they will do anything they can to maximize their revenue generated. There is no law that says movies cannot be run at 9 a.m., much like there is no law preventing the screening of films at 12:01 a.m. We can safely make the assumption that exhibitors will exploit this opportunity to cash in as much as they can and run time, therefore, is a non-factor.

Also, it is a waste of time to try to put a maximum cap on how much money the movie can make based on the number of screens it plays on. The combination of screen count, print count, different exhibitor screening strategies and geographic market demand make it impossible to accurately forecast a maximum cap. Of course, these theories can be made, but it's much sounder to base theories on actual facts first.

Now, to the actual forecasting; I fully expect Potter to be the most popular movie of all time, coming out of the gate. The best approach to take, I find, is to work from daily numbers and go from there.

The biggest single-day take in history was Star Wars Episode I: The Phantom Menace's $28.54 million. It's important to note that this single-day record was recorded on a Wednesday, with the rush of people clamoring to see the film, when the normal strongest day of an opener is Saturday. The importance of this factor will be presented a bit later on.

The biggest Saturday, which is essentially the most revenue generated on the biggest revenue generating day of the week, was The Mummy Returns' $26.9 million earlier this year. There is no question in my mind that Potter will decimate that record. On a pure numbers comparison, the film has more screens and prints than The Mummy Returns and on a pure hype angle, Potter is more hotly anticipated than Mummy Returns was. For my money, there is no doubt that this Saturday record will fall easily.

So now I will work off an estimate of $33 million for Potter; a number that also decimates The Phantom Menace's one-day record. Usually, Fridays of any weekend will have a lower total than Saturdays but if we look at the Star Wars example, we see that it is easily possible to have a stronger initial day of release total than a Saturday total. Another perfect example is X-Men which saw its Friday to Saturday totals drop from $21.02 million to $19.24 million. These two movies show that when there is high anticipation for a product, especially one with a well established fan base, initial opening days can have much higher totals than Saturdays. I will however temper this line of thought with the fact that Potter is not opening in the summer like The Phantom Menace and X-Men did, and a portion of its core audience will not be around Friday morning or afternoon. The expectation I would come to is that Friday's total will be very similar to Saturday's.

Already at $66 million for the weekend, I would expect the Sunday drop-off to be less dramatic than usual. If we put the drop-off at 33%, we have a Sunday gross of $22 million and an overall weekend take of $88 million. This would give us a per-screen average of $23,965; I mention this in order to dispell any notions of a cap due to sell outs. This per screen average is well below The Blair Witch Project's record of $26, 530.

I must admit, however, that I am a bit optimistic on this movies potential. I am completely sold on the hype and fully expect kids to absolutely rush out to see this movie this weekend. While the forecast seems high in comparison to what The Lost World generated its first weekend, it's important to note that The Lost World shattered the previous three-day record, owned by Batman Forever, by 40%. There is no law that says Potter can only break the record and not destroy it. Records are broken, often shattered, and there is no law governing by what methods these records are broken.

$88 million is a realistic number and while it would be magic for Harry Potter, the degree of difficulty in achieving such a number is at the level of first-year student at Hogwarts.