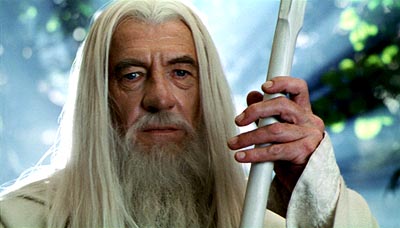 The Lord of the Rings: The Two Towers held strongly in its seventh day of release as it once again held the number one spot at the box office. Its day-to-day drop should have New Line feeling very comfortable in its premier franchise’s future.

The Two Towers’ Monday-to-Tuesday drop was 35%, a number that is neither here nor there when it comes to predicting how well a film is trending. While we had expected a 25-30% drop yesterday, the extra 5% is not cause for alarm for this mega-hit. The business of forecasting and analyzing box office is always a dicey one, and is by no means an exact science. Because of this factor, we need to put Towers’ numbers in perspective.

Towers had almost exactly the same percentage drop for the two-day span as the number two film, Two Weeks Notice. Both fared much better than Maid in Manhattan at 48%, Drumline with 43%, and The Wild Thornberrys at 42%. It is fairly evident from these comparisons that The Two Towers is holding up quite well.

The surprises for the two days are the strong performances of Gangs of New York, Die Another Day and Star Trek: Nemesis. The films dropped 18%, 19% and 27% respectively. Other than allowing Miramax a sigh of relief, this trend tells us that children’s films are hurt the most by Christmas Eve. More accurately, films that have a large children’s audience were hurt, which is why we see the more adult-oriented fare moving up in the top ten.

Lending further credence to this observation is The Santa Clause 2’s Tuesday number. Clause 2 dropped 9% between Monday and Tuesday, and while that is the slightest drop amongst all top ten films, it is important to note that Clause 2 went from being up 9% on Monday to going down 9%, a difference of 18 percentage points. Comparatively speaking, Towers had a drop increase of 23 points, Two Weeks Notice stayed right where it was, and Die Another Day went up 17 points from 36% to 19%. So we can clearly see that the less the film appealed to kids, the less it was impacted.

The box office is a two way street. Not only did the kids stay away from theatres, but adults went more willingly. The more aggressive drops for the kid-friendly films is not directly linked to the adult films doing well; these films have seen a not-so-dramatic drop because mom and dad are out there watching films. The holidays seem to be a time when adults flock to see more serious films, such as Academy Award contenders and weightier dramas.

For this reason, many films adult-targeted films debut on Christmas Day; it is these types of movies that stand to gain the most. Christmas Day should see an increase for Towers in the neighborhood of 55 to 60% of its Christmas Eve total, even in the face of stiff competition from new films. That is the target increase for the film; anything higher is great news, but anything lower will be a disappointment. The rest of the top ten should fall in line according to how much the particular films skew towards kids.

For a more detailed forecast of how well the new releases should perform over the long weekend and how they will and will not affect films currently in release, read Reagen Sulewski’s Holiday Forecast here. Then come back tomorrow for the full coverage of how they all performed.